This Cup Continues To Overflow 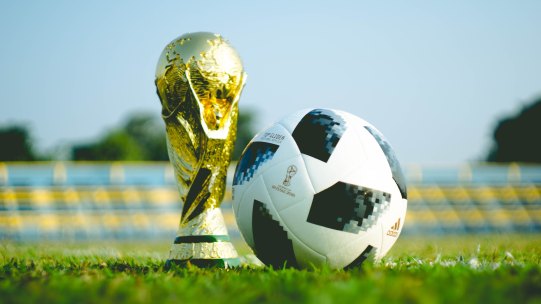 In case anyone has been hiding under a rock, the World Cup is being played in Russia.

We didn’t make the cut.

It’s been fun watching the games with no horse in the race, so to speak. It gives me freedom to cheer for the underdogs.

And the underdogs are winning.

This has been an unusual tournament. The teams everyone fully expected to win are ending matches with a loss or tie.

Those underdogs, those not expected to succeed, are playing havoc with everyone’s brackets.

When Iceland, the smallest country represented (a major percentage of their entire population was at the game) tied Argentina, it was the shock heard round the world.

I felt sorry for the guy. He’s a terrific player, having accumulated honors and records beyond what most players could even dream of.

Some players have yet to disappoint. Cristiano Ronaldo has scored four goals in two games, proving to be the one responsible for Portugal’s wins.

He’s not perfect either.

One of the highlights has been the incredible support each of these teams has. People who’ve traveled from around the world to watch their country’s team vie for a piece of the World Cup pie. There’s passion and enthusiasm in the stands and at home venues where those who couldn’t be present in Russia watch with their countrymen.

Loyalty and support for “their” team.

At a time when tension fills the world stage, where nation goes against nation for one thing or another, we’ve taken a pause to play a game. To participate in the common denominator known as soccer. Watching the faces of those in the stands, the reactions to goals and fouls, you see a delight that reflects a break in everyday tension and fear.

With the U.S. not participating, Volkswagen has brilliantly crafted ads that encourage Americans to cheer for different countries for wonderful reasons. “Support Iceland because they don’t have enough people in the whole country to do the wave.” “Support Germany because they gave us the frankfurter.”

Light-hearted teasing has diffused frustration over not being involved. Taking our eyes off global chaos for a moment.

Wouldn’t it be incredible if differences of policy and opinion could be settled with a team sport? If a few chosen people could complete for the honor of their country, and everyone shakes hands at the end? If referees, schooled in the finer points of government, could make calls in a public forum, where everyone was able to see the instant replay, and nothing was hidden?

The World Cup is a wonderful break from all the hard hurtful news that is typical for our very fractured world. And as remarkable as it would be if we could see even a few days break from hurt and horror, it won’t happen.

But God sees us. He knows what we need, and it’s Him. Hope that’s eternal. No matter our temporal circumstances.

This side of heaven, we’re all the underdogs.

We can’t win on our own.

With God, we can.