What You See Is Never Who You Get 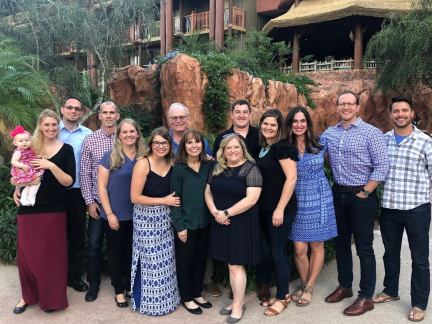 We began the year as thirteen strangers. From different places around the world.

It’s been a journey getting to know each other. Not always smooth. A few potholes along the way.

We didn’t start that way. Our first meeting felt tentative and more than a little uncomfortable. We were a designated small group, put together to do life differently in a smaller community.

Being thrown together in what felt like a random act of crazy had folks on full alert. Not questioning the value of the intent. Just hesitant to dive in and be vulnerable.

Safety is a high value for me. Knowing people I trust will keep confidences, will reciprocate openness, will engage in questions that delve into who I really am.

Multiply that by thirteen and you have wariness.

I remember that first night we gathered; I quickly got my foot stuck in my mouth. I try to learn peoples’ names quickly,

but lots of names at once befuddle my brain. One gentleman was sitting on the floor during this little meeting, and wanting to address him, I couldn’t remember his name.

And called him Floor Boy.

I tend to joke around a bit, so I thought it was a novel way to inject a little humor.

I know it now. I learned it quickly then. In my unintended snarkiness, I disrespected him. Not knowing any of his story, where he’d been, my attempt at humor turned into unacceptable rudeness.

I’d dug a hole for myself that took time to fill in.

We’re all from different backgrounds with a variety of grids with which we process our experiences. The similarities were obvious–we were visibly from the same culture.

That wasn’t the reality.

It’s taken us most of the year to hear and appreciate each others’ stories. To better understand who we are and value our incredible differences. We now see each other more clearly. There’s recognition that our differences flow deep below the surface of who we appear to be.

In a world that’s increasingly diverse, it becomes too easy to think that appearance alone separate us from one another. Whether race, gender, cultural background or abilities, our differences embrace the total picture of who we are more than our maintained image.

Being a bit of an extrovert, too often leading with words rather than listening carefully for context, I can miss the nuances of diversity. If someone is obviously from another culture or speaks a different language, it’s easy to assume certain things about who they may be.

We are never just what we appear to be.

Being made in the image of God, we all have a dignity worth pursuing. A value that goes beyond who others perceive we may be.

We’re all a story that is being written, a magnificent story that entails drama and challenge, joy and discovery. Next chapters which we can’t know. Previous chapters we need to understand.

Time and intent. That’s what it takes to really enjoy the stories we encounter.

Our small group? A library of fascinating reads.

I’m enjoying being a reader.