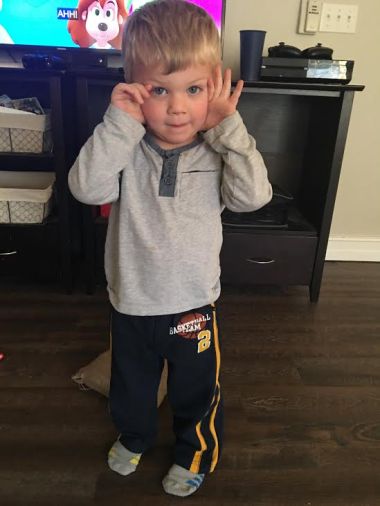 I’m somewhat fascinated by folks who choose a word as a focus for their year. Not because I question the validity of it–it’s a great idea.

I’m too undecided to pick one word. If a friend picks “rest”, it sounds great to me. Another picks “linger”, and that’s awesome as well. Someone else picks “hope”, and I’m all in. It’s better that I let the words go and be in the moment.

Focus has many iterations. Three-year-old Ryken has a word that he’s been focused on for awhile. It will 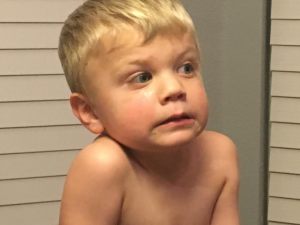 be his word for the foreseeable future. He could care less about character growth.

It’s a boy thing. Anything dealing with bodily functions or noises is a draw for young guys. He’s well aware that his folks don’t want him to say it, so he uses it as frequently as he can.

We purchased a karaoke gizmo for Christmas for family fun. When we opened it, Isley was the first to use it, singing a song from “Moana”.

Ryken grabbed the microphone from his sister,  on echo mode, and waltzed around the house saying “butt” in as many different vocalizations as he could. Everyone 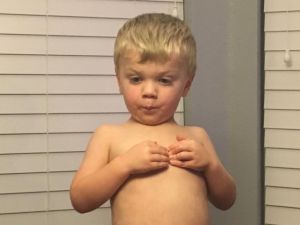 What’s not to enjoy about an echoing “butt”?

Words have a fascination for us. Yes, we live in a culture where fewer words are used in communication. Social media limits us to a count. Sound bytes can make and break people in the public eye. We make statements that are forever on the internet, things we may regret saying once those words pass our lips.

Words have a beginning, however. Their birth happens in our minds as a result of what fills our minds.

Ryken has heard his siblings use this word repeatedly. He’s heard his mom and dad tell them–and him–not to use that word. Repeatedly.

All he wants to do is say that word.

What we’re not supposed to think about is often where our minds wander.

As a kid, to distract me from a bad scrape or a sprained ankle, my dad would console me and comment, “Go ahead and think about your scrape. You can think about how much it hurts. But whatever you do, don’t think about purple penguins.”

I quickly forgot the scrape and couldn’t get the picture of purple penguins out of my mind.

We’re drawn to those things that we’re told aren’t good for us. Choosing the bad always seems more fun and fulfilling than choosing the good. It’s part of our nature–choosing our way regardless of how it affects others, or even what the consequences might be to us down the road.

This comes because we’ve chosen to walk away from God and a relationship with Him. Rather than our minds being filled with His truth and goodness, we fill our heads with lies others tell us, the harsh expectations of those we seek to please, the compromises we’re willing to buy into.

Ryken’s obsession with “butt” is a reflection of my own obsessions with things that don’t help me or encourage others.

No butts about it.