Who Decides What We’re Worth? 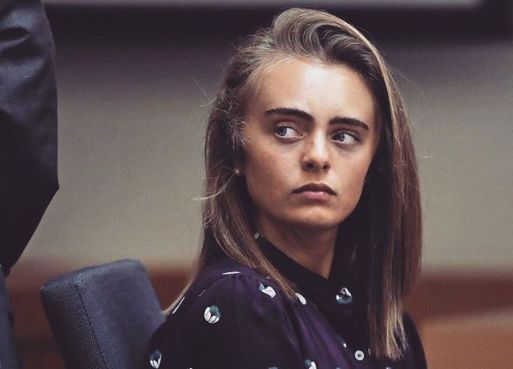 I was stunned to read how Michelle Carte had encouraged her boyfriend, Conrad Roy III, to commit suicide in 2014. Convicted of involuntary manslaughter, she could be sentenced to twenty years in prison.

The American Civil Liberties Union has denounced the conviction, saying it violates her right to free speech.

When is enough enough?

Granted, both young people were troubled. Mr. Roy had talked suicide before. Miss Carter had tried to talk him out of it earlier. At some point, she switched tactics and perspective. Dozens of text messages urged him to follow through and do it. When he left the truck he died in–of carbon monoxide poisoning–she urged him to get back in. Finish what he’d begun.

When did we receive the right to determine the quality or length of life of others?

We live in a world full of terrorism, where people called infidels are seen as righteous targets of death. Where gangs use murder as initiation rites. Where people take out anger and frustration with a loaded gun.

I’m in Chicago where the headlines this week claimed the city has already reached 300 homicides this year.

When did life become incidental?

I’ve been here visiting Mom and my sisters. Mom isn’t doing so well. She’s becoming weaker, her hearing and eyesight are

diminishing, and remembering is a challenge. She’s still Mom though–a feisty gal with lots of opinions. And she remembers the past well.

She’s asked all three of us sisters why she’s still here. Dad died fifteen years ago. The longer he’s been gone, the more she misses him. Time hasn’t healed that loss at all. She remembers the times they danced together. How he watched out for her. His laugh and how he loved his family well. How he’d light two cigarettes at a time so they could share a smoke.

You couldn’t imagine any two people more different. But they were committed to each other, for better or for worse. Worse happened a lot. They chose to stay the course. For 56 years.

She won’t do anything to end it. When she asks why her time hasn’t come, we tell her.

God has things for her here yet.

Each of our days is known to God before we’re born. A God big enough to create and save His people would have to know that.

We can’t create life. Sure, we’re involved in the process. The miracle of an egg and sperm coming together to produce a child who begins small and simple and grows more complicated and detailed is more than we can do on our own. We might intervene and allow a baby to begin in a petri dish. Genetically modify DNA to deal with diseases.

We can’t create life from nothing.

Life is a gift given by a holy God. We’re all made in His image–whether we believe in Him or not. To diminish the value of anyone’s life is to diminish all of life.

Maybe if we learned to value who we truly are in Jesus and not what others tell us we need to be, we’d respect ourselves and others more.

Isn’t each life worth that option?