Your Enemy Is Not Who You Think 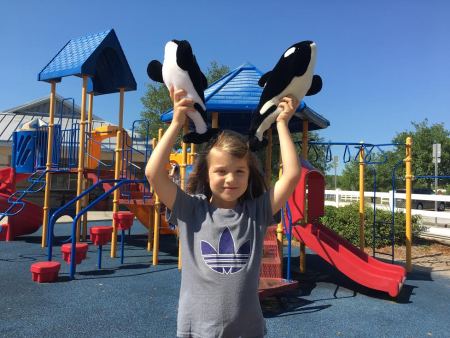 “There is no natural predator for killer whales. They used to think great white sharks were it, but the killer whales just flip them on their backs and wait for them to pass out. Then they eat them. They kill giant squids, too.”

This wasn’t a Discovery Channel program or a quote from National Geographic.

Six-year-old Isley was helping me understand why she carries two killer whale stuffed animals. She loves these critters. They’re strong, and in a fight with just about anything, they win.

I was in awe. Not only did she have her facts straight, but she understood the consequences of natural enemies.

When I asked her why she was so excited about learning this kind of information, she looked at me patiently. Hands on hips. 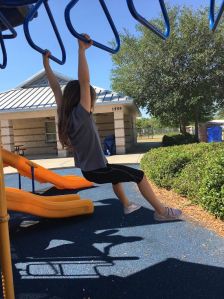 “Nana, we need to understand the world we live in.”

She’s fascinated by animal facts. Her favorite TV show is “Wild Kratts”, a PBS kids’ show about the adventures of Chris and Martin Kratt. They are educational nature show hosts who also have shows on National Geographic Channel and Knowledge Network. They teach kids about the wonders of the animals that share this planet with us.

We walked to the playground during halftime of her big sister’s soccer game. We talked about killer whales and the enemies of different species. She looked around the different pieces of equipment. Turned to me and commented, “The only natural enemy on the playground is human.” She then ran to the slide.

I stared at her. When did she become so wise?

I watched her play with other kids. New friends she just met. One little girl would have nothing to do with her. Hung close to her 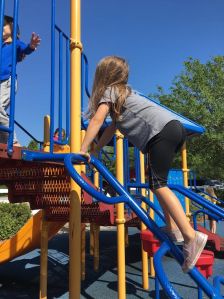 mom and wouldn’t engage in conversation. Isley looked at me, shrugged, and ran to play with someone else.

Isley doesn’t see instant enemies. She sees potential friends. But she’s savvy enough to pursue what works and moves away from what doesn’t. What feels awkward or uncomfortable.

I couldn’t put from my mind the idea of natural enemies. Those who feed on the weaknesses of others. Isley, at her young age, grasped the significance of how others can hurt us.

Even more significant is the real enemy I face. Every day. Not flesh and blood people. Not made-up scary monsters.

It’s the enemy of my soul. Satan.

He was cast from heaven because of pride; he wanted to be God. Wanted what could never be his. He became the enemy of God. When Jesus walked the earth, Satan’s purpose was to destroy Him before He could save humanity. He believed he’d been successful when Christ was crucified.

Three days later, he realized it hadn’t gone as planned.

Life here is a constant battle between the forces of darkness, which try to keep us from the Light of God, and the power of God that seeks to offer us the hope of Life.

Our natural enemy is the one who can destroy our souls for all eternity.

Can you recognize your enemy?

Those killer whales? Their enemies?

That would be us.