You Should Have Seen What Got Away! 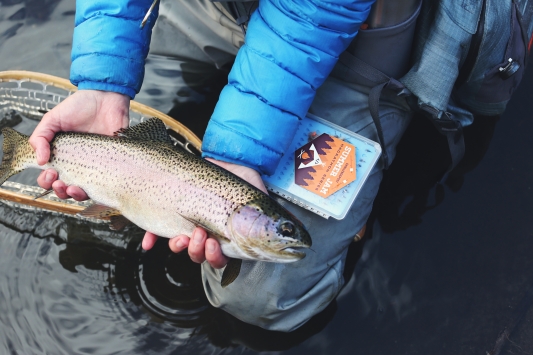 Watching it flop shouldn’t have bothered me.

I’m not a die-hard fisherman. A fish dying to return to water bothers me. We won’t eat it; it’s catch and release because of all the chemicals leeching into the water.

But everyone needed to see it. It was a big bass, about eight pounds. Caught by Ethan, the grand with a penchant for fishing. He’s

patient, tactical when the fish starts to fight and persistent.

I applaud his pursuit of this hobby.

My experience with fishing has been less than stellar.

First time my twin and I went fishing with Dad and our cousin was to be an experience like no other. We’d leave at 4 in the morning. Stop and get breakfast at a place they knew that catered to a lot of fishermen. Be on the riverbank by 6.

Neither Gayle nor I could sleep. This was an opportunity to do something special with Dad! That and our younger sister and brother were not invited.

Gayle and I hadn’t done much fishing. We understood the basics. Had our own poles. When we arrived, we were given instructions to stay where we were and fish from one spot. The men walked further down the riverbank to find a place to fish apart from us.

We’d been warned not to talk. We’d scare the fish away. We whispered back and forth, pulling our lines out of the water to watch 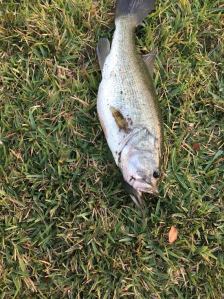 the worms gyrate on their hooks. Disgusted by the little critters, we desperately wanted a fish to eat them.

I got a bite on my line. Gayle dropped hers and came to help me. It wasn’t that difficult, but it was my first fish.

We dragged it out of the water. A little sunfish.

With the hook through its eye.

We looked at the fish, then at each other.

Both of us started screaming for Dad.

He came running down the riverbank a few minutes later.

We were both crying. A little life was at stake. I held the fish up so he could see the devastation. He looked at it. Looked at us. Grabbed the line and worked the hook out. Threw it back into the water.

His terse suggestions had everything to do with staying away from  poles, water, and fish.

We spent the rest of the time gathering flowers.

Ethan is quite capable of unhooking the fish he catches. The strategy, challenge, fun and relaxation of fishing reflect how he’s wired.

It does nothing for me.

Comparing myself to Ethan or Dad or others who do something that looks fun and exciting yet I can’t or don’t do is an act of futility.

God made us each with a unique story. With talents and interests unlike anyone else.

He celebrates our differences. He longs for us to enjoy who He’s made us to be.

Recognizing my particular skill sets me free to be me.

I don’t have to fish around for something I won’t catch.