A Bat Who Missed His Belfry

We’ve got a lot of critters that live around us.

In the middle of Orlando. Viewed from our back porch.

Deer. Bobcats. Otters. Alligators. Iguanas. Snakes–many of which are venomous.

Sitting on our back porch, you’d think Bear Grylls, the British adventurer who tackles crazy survival tasks, will show up for a nature walk.

I’ve had no problems with any of these. Deer are graceful. Bobcats aren’t frequent. Otters are cute. I respect alligators and snakes. Iguanas multiply like rabbits.

But with the plethora of bugs we’ve got around here, I’ve noticed another visitor.

They’ve always been around. I’ve chosen to be blissfully unaware. They’d not entered my space.

I’ve had encounters with bats before. While attending language school in Costa Rica, we discovered there were tons of them inside the school. Which was open to the outdoors. They came in to get out of the rain.

I’d have gotten them all little bat umbrellas just to keep them away. Rather creepy. It felt a little like being dropped in the middle 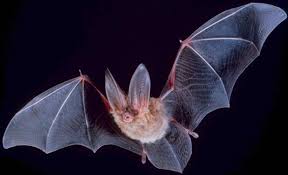 of a horror movie. I pictured them, en masse, biting at my neck. Drinking my blood.

I’m not a bat enthusiast.

After a big storm this past week, John and I went out on our back porch. To sit with a cup of coffee. To talk. Catch up.

And there it was. A bat.

It appears to have slammed into our window and was lying dead in a chair. You could see its little body imprint on the pane of glass.

I didn’t feel remorseful. It was, after all, probably capable of sucking my blood. Before it died.

But it was really small. And being dead and all, it didn’t look very dangerous.

It didn’t fit my image of what a bat would be.

But given the chance, they’d all attack and suck my blood.

John, always so calm at times like this, reminded me that this little guy was probably ridding our yard of unwanted bugs. 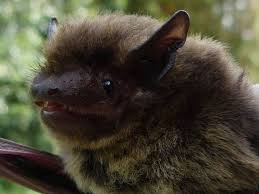 It wasn’t a vampire.

Problem is I often lose sight of the uniqueness of individual things.

It’s easy to be fearful of or annoyed by those I don’t know or understand. Those that are different from me.

But I need to see the good, the possibilities, in those I’m not familiar with. Or comfortable with. How God has made them special.

As He’s made each of us special.

I need to bank on God’s hope and help to deal with the unknown and unfamiliar.

After all, not every bat is a vampire.

Generalizations destroy our uniqueness and the individual contributions we make to this world.

God created us as individuals. In His image. To reflect and relate to Him.

He sees us as having value that He’s bestowed on us. Enough value to choose to die for us.

I need to learn to celebrate the differences in people. Because I’m different, too.

Not every bat is a vampire.