What’s In A Mind?

Here’s the fun fact to know and trade for the day:

Output is only as good as the input supplied.

The first occurrence of its use was on April 1, 1963, in a newspaper article about the first stages of computerizing the IRS.

Of course it was the IRS. How good has their output been?

The reason I’m even thinking about this has much to do with a song I can’t get out of my head.

“Let It Go” from the movie, Frozen.

I’m a little late hopping on the Frozen bandwagon.

I really didn’t want to get on it at all.

This is the result of riding in the car with my daughter’s family. Several indoor soccer games, which translates to 30 minutes of travel time. One way.

No one in their car would play it solid for 30 minutes. Except Isley.

So even a few times has that melody running through my head like a bumper car. Mashing into this thought and that. Coming around the bend of my conscience at unexpected times.

It’s made me realize how easily I get things stuck in my head. How fast I can focus on something that possibly isn’t the best thing to dwell on.

For instance, I love reading political mysteries, historical fiction. Things often filled with violence and murder. My mind creates fearsome pictures, gruesome portrayals. If I were in my right mind (and how often does that happen) I wouldn’t be filling it with such things.

Such thoughts become another reason why I hate being alone at night. My imagination conjures up scenarios of a seriously creepy nature.. They then become fodder for possible horrid things happening to me. In my home. Alone. 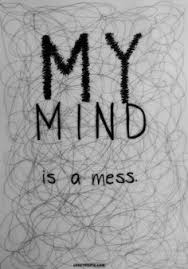 Someone once said, “The mind is a tunnel. The further you go in, the darker it gets.”

It’s dark in there because no one has bothered to turn on a light.

I need light in my mind, my thoughts. It shines perspective on how I’m making choices, how I’m living.

When I make choices in the dark, they never work out as I expect them to. The dark makes it hard to see.

Solomon, in the book of Proverbs, talked often of the significance of the mind, how it affects the person we are. What we 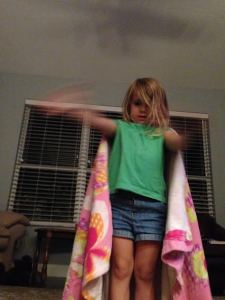 choose to put in it is what we become.

We’re all created in the image of God to think magnificent thoughts, not to waste our time and energy on that which is insignificant and hurtful.

If I fill my mind with garbage, I will act as if my life is worth nothing more than that. Trash. If I choose to focus on His light, His truth, my mind won’t be such a mess.

What can I do with the hurtful thoughts, the frightening images, the bad habits that come from letting my mind dwell in darkness?

What fills your mind?