There’s Always A Reason For The Bad Smell

Isley and I were sitting on the floor in the kitchen, putting together a massive dog puzzle. 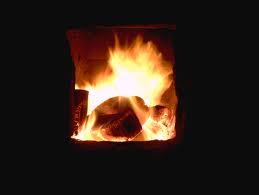 She raised her head and scrunched her nose

I glanced to my left. Flames were leaping in the oven. My newly purchased roasted chicken–paper bag and all–was burning.

I know thinking would have been a great response at this point. I didn’t. I flung the door open and grabbed the bag.

Who has time for potholders?

I didn’t feel the burn on my hand. I was trying to blow the flames out.

Then I looked down at Isley. Who was blowing for all she was worth. And spitting. And yelling, “Go away, fire.!”

I finally grabbed a towel and beat the thing out.

And I was trying so hard to make it work.

John and I have the grandkids this week. Heather and Jeremy are at a leadership conference, and we’re trying to make this a great week for all involved. While not dropping dead from the effort.

Or burning the house down.

I’d wanted to spend time with the kids, not spend a ton of time cooking. Roasted chickens are little gifts of time in limp cardboard. I bought one, and wanting to keep it warm till soccer practice was over, I put it in the oven on warm. I’ve done that a dozen times.

Only this wasn’t a regular oven. Heather has a convection oven. It might as well have been a new tech toy. More buttons and gauges than any self-respecting appliance should have.

I guess I broiled the thing. At a really high temperature.

Things like this tend to happen a lot. I have great plans and even better intentions. But things rarely turn out like I see it happening in my head. And I become really disappointed with myself.

Then I’m reminded of past disappointments. And I think,”I’ll never get it right. I’ll never be good enough.”

I’ve felt that way with God, too. I want to make good choices, to live a life I’m proud of, to be a person of integrity. And somewhere along the line, I screw up. I make another mistake. It doesn’t turn out like I thought it would.

It’s not my great efforts that win me favor with God. It’s not my good outweighing my bad that tips my scales heavenward. It’s all based on what He’s done. For me. For everyone.

“God saved you by His grace when you believed. And you can’t take credit for this; it is a gift from God. Salvation is not a reward for the good things we have done so none of us can boast about it.”   Ephesians 2:8-9

Because something will always be burning up.