Speak to the Hand 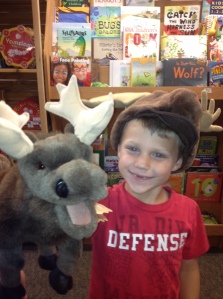 There’s something genuinely fun about puppets.

With the addition of a human hand, they develop a life of their own, with a unique, very “hands on” personality. (Sorry. Couldn’t pass that one up.)

Puppets give us a voice that doesn’t have to be our own. There’s a freedom to speak out, to be funny or playful, to change your voice depending on what critter is at the end of your wrist. (It’s also possible that the hand, being further from the brain than the mouth is, might feel a little less restraint with what it allows the mouth to say.) It is, after all, play.

I was with two of my daughters and three of my grandkids at an outdoor store that had a whole section of unusual puppets. Moose and hedgehogs. Otters and hermit crabs. The more unusual, the more the grandkids enjoyed trying them on and making them come alive. It was almost as if they’d forgotten that their hand was inside, making the animal move. They would watch the puppets they were holding, grinning at them like they’d found a new friend. When Teagan made his moose talk, he dropped his voice an octave or two.

Which is obviously a much moosier way of speaking.

Not only were the stuffed puppets talking with voices sounding vaguely like small children, they were also attacking one another, nipping with stuffed teeth, butting heads and generally acting very animalish.

A reality expected of animals. 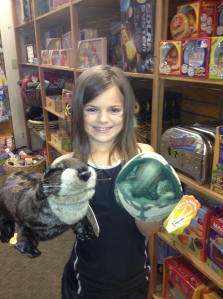 Not so much of people.

The other day I made a comment to one of my daughters that had the thoughtfulness factor of a hedgehog.

And I had no puppet to justify my thoughtlessness.

She gave me a look–and a few choice words–that let me know she didn’t appreciate my response.

She was right. I hadn’t considered my words before I opened my mouth. (A bad habit, I’m sorry to say, that I’ve refined to an art form over the years. Not pleasant.)

Puppets can be silly and thoughtless. We laugh at ventriloquists when they make goofy, caustic remarks through their wooden companions. Coming from a dummy, it sounds funny.

Not coming from a person.

There’s not a great distance between our brains and our mouths. A great gift from God considering the power of words. Words can give life. Or they can suck the life out of the person listening. They can build up or destroy.

“Do not let any unwholesome talk come out of your mouths, but ONLY what is helpful for building others up according to their needs, that it may benefit those who listen.”  Ephesians 4:29

Talk isn’t cheap. It’s a choice. Whether in person or on social media, speaking on the phone or on a text, words have a powerful, lasting impact.

So, if I were to talk to the hand? And the mind behind it?

I’d say I need to choose my words wisely.

The heart I salvage may be my own.