Get Ready, Get Set–And Then What?

August. When those whose jobs move to the beat of the school year must begin.

Not that it’s ever over. Seasons change the tempo. The beat slows a bit in summer. August brings accelerato. A quick pick-up of tempo.

No one asks if the orchestra is ready to play faster. It’s written into the music.

Getting back into the swing of things made me realize the swing was moving quicker than I’d anticipated.

It’s not been a gentle re-entry.

We came back to a heat index of well over 100 degrees. Made things in the house a little sticky. One of the floor protectors we bought when we redid the house actually got bad enough to pull up a chunk of the laminate.

Our tower garden died. Death by heat exhaustion. All the little plants that were so promising two and a half weeks ago gave  up the ghost in the midst of the Florida heat. I was looking forward to those cucumbers and tomatoes.

Debbie has moved back home temporarily. Having just returned from two years in Puerto Rico, she still had all her college things that had taken up residence in one of the bedrooms. Then her suitcases vomited clothes all over other rooms, so she’s scattered around upstairs like seeds in the wind. With friends coming from overseas to visit soon, we’ve needed to clean out those rooms. Which has entailed Deb going through a purging of stuff that wasn’t anticipated. Or appreciated.

These have not been life-altering, world-changing, health-hazarding experiences. (Unless you count wilting or permanent sweat stains health hazards.)

I was just learning to step back. Breathe. Recognize that I don’t daily have to sacrifice myself on the altar of busyness and other’s expectations.

Then I step right back into it–you know, like the stuff that hits the fan.

Funny how being in a place of rest doesn’t teach you to rest. 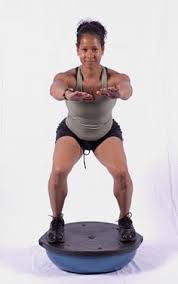 It’s like those funky Bosu balls that challenge you to workout while trying to keep your balance. They’re supposed to strengthen your core. I’ve never used one, but they look a tad bit like a body builder’s passive/aggressive form of torture.

It doesn’t happen just because I take a break. It’s me working at refocusing on what’s important.

Jesus reminds me that keeping my eyes on Him, giving Him my burdens, taking my concerns to Him will give me the peace I long for. The stability I need.

It can happen in the midst of the busy. Remembering who I am–Whose I am–and not compromising on what’s important.

It’s work. Making some choices means I’m choosing not to do something else. Like whining about my schedule. Or complaining that something hasn’t worked the way I wanted it to.

Rest and balance don’t happen apart from the One who created them. Who wrote the Book on them.

I’ve heard the starting gun. I need to decide how I’ll be in the race. 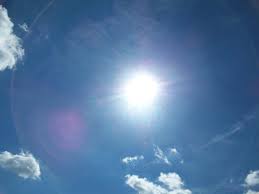 8 responses to “Get Ready, Get Set–And Then What?”