I sat with grins galore as I watched Tiffany try to feed Brooklyn.

Brooklyn, at six months of age, has already demonstrated that she’s an independent thinker.

Her parents have been trying for quite some time to get her to eat people food. Not steak and fries, mind you. The pulverized, 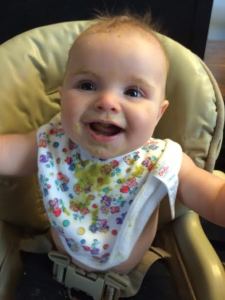 looks-like-it’s-already-been-chewed kind of food. Veggies and fruit that look like they’ve been through one body already.

She won’t have anything to do with it. She smiles as they put it in her mouth. Doesn’t close her mouth. Let’s it run out the corners as it mixes with her saliva.

She also scoots around quite adeptly. Especially if she sees something she wants. If she pushes it out of reach, she’s not pleased. 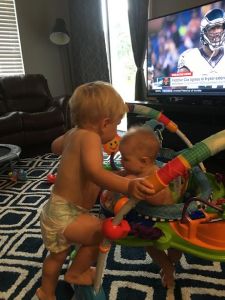 This little gal is one of the happiest children I’ve been around. Her whole face lights up when she smiles.

She can be a cranky pants when she’s annoyed. Or not getting what she wants. Her cousin, Ryken, is masterful at being that thorn in her side.

If she has it, he wants it. Being more mobil, he can grab and run. He’s fascinated with her jumperoo, where she sits, bounces and mashes buttons that play music.

He tries to get in with her. Annoying. 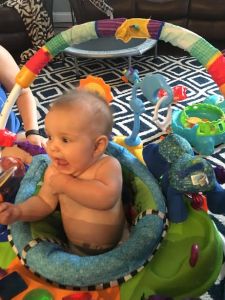 She becomes fussy, fidgety and finicky. Going from smiles to squawks in moments.

Why get so bothered? Life isn’t that bad. Being teased by a cousin is part of life. Family is fun. Deal with it.

Not a reality that communicates well to kids.

She’ll fuss until she’s good and ready to quit. 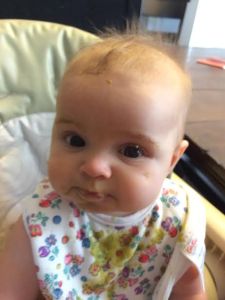 Watching her, I recognize that I’m the queen of fussy, fidgety and finicky.

The getting bothered thing? Happens all the time. Life can be bad. People aren’t always easy to get along with. Especially family. I do get annoyed.

I’ll default to humor rather than make folks feel awkward with issues that cause conflict. The people-pleaser in me would rather be uncomfortable than cause anyone else to feel that way.

I have moments where it all gets too big. When logic won’t communicate.

I’ll hang onto the discomfort as long as I can. Like Brooklyn holding unsavory food in her mouth. Refusing to swallow.

I become fidgety and squirmy because things aren’t being done the way I want. I fuss at folks who won’t listen or even try. I’ll become finicky with what I’m willing to take on and attempt. 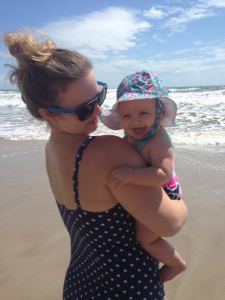 Jesus reminds me that He’s the One who shares my burdens with me. He carries me daily. Tenderly, gently. I become overwhelmed with circumstances. He wants me to focus on resting in Him.

Too often I miss His gentleness because I focus on my circumstances. The more I look at them, the more I get overwhelmed.

Then the fuss cycle starts.

Because I’m not in control.

Remembering to rest in and focus on His truth, His hope, His strength can break the fuss cycle.

Nobody likes an adult fussbudget anyway.